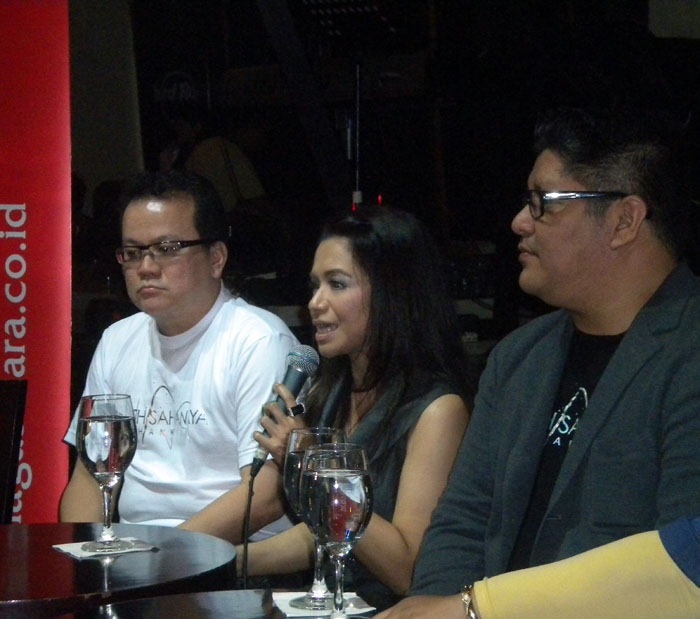 Besides the expansion of dance house music in Indonesia also supported by Indonesian New Talent Artists who keep changing the style, as well as leading towards The top of domestic music development. You can see the Hits such as Kejujuran Hati by Kerispatih Band, written by Badai. And Cinta Putih by KERISPATIH Band. All these songs are in The Best selling album Kejujuran Hati (Platinum Awards), MTV Best New Artist 2005 & SCTV Awards 2006 (New Comer Group). And PT. Label Music Nagaswara Artist Management (NAM) will shake all the events !!!

2007 is a GREAT year !!. Label Music Nagaswara to be the No.1 !!. The Coordinator Minister for Political, Legal and Security Affairs Minister of Law and Human Rights and Minister of Trade presents : Integrity Awards (Awards fo the Awareness, Enforcement and Promotion of Intellectual Property Rights) for Producer of Sound Recording for Label Music Nagaswara. Presented by Vice President of The Republic of Indonesia, on thursday April 26th, 2007 at Ballroom, Shangri-La Hotel, Jakarta.

Label Music Nagaswara is also the No.1 Dance label (DanceMix) in Indonesia, producing various style of music categories such as : Dance, Pop, Club, House, Hands Up Techno Trance, Slow Rock, etc. But there are very special kind of various artists for releasing and introducing Indonesia No.1 Music Trend for The Future. We hope that the present of products in Indonesia will reach and merry the Indonesian Music Industry and make music more meaningful. 🙂

Save Your Day Modern Rock Save Your Life

Save Your Day Bunda Radio Release